We spent a couple of nights at Jen's Grandma's who you'll meet at Thanksgiving if you make it to the next page and hung out with Aunt Barb for a couple of days.  Aunt Barb gave us the idea of "making" a cobblestone patio for Jen's Mom & Dad.  When Aunt Barb, or Dr. Bellefeuille as the rest of the world knows her, is not making patios or building steps down to her lake she is caring for one of the six animals that live in her house and singing in the choir.  Jen lived with Aunt Barb while she was raising support to be a Malachi missionary in 94-95 so they have a special bond. 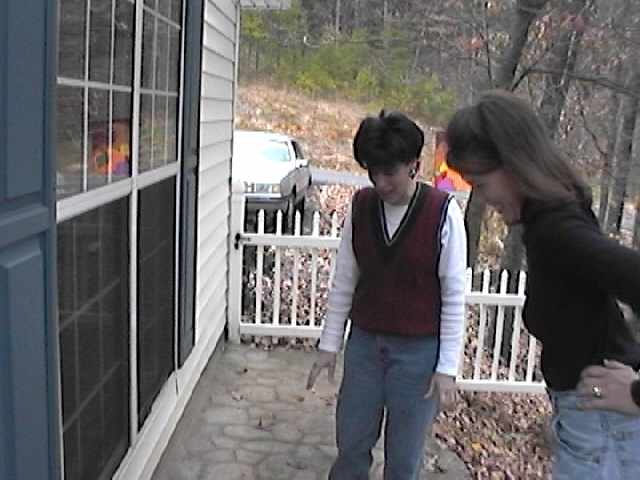 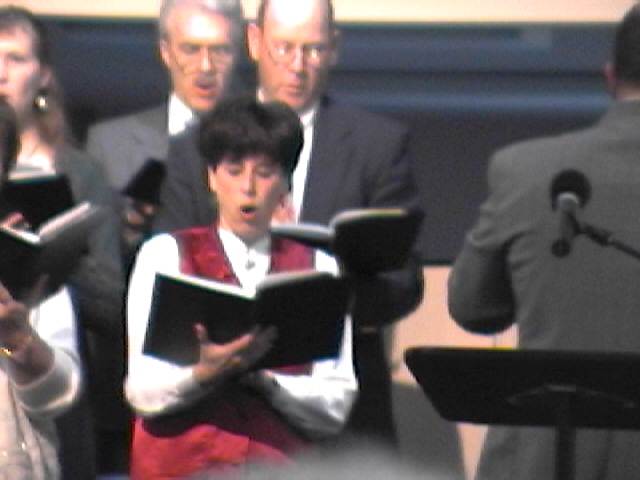 In my quest to be a versatile photographer and not just get labeled as someone who can only take great pictures of People I decided to venture into the world of animals.  Here I caught one of the three cats in mid flight as it jumped up onto the bed.  It's a little blurry because it was moving so quickly. 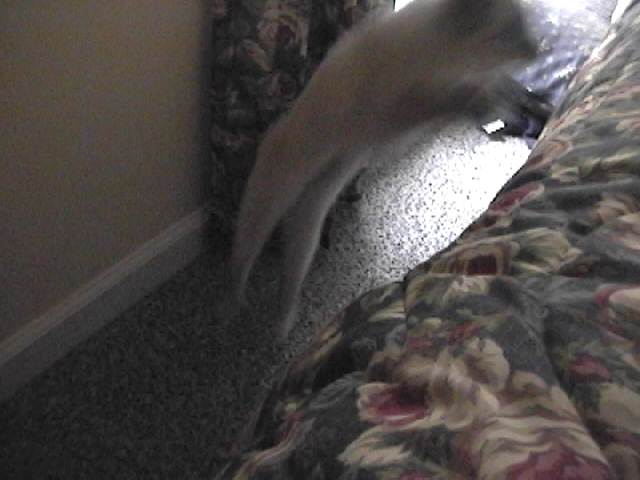 Doesn't the picture on the left look like Jen in High School?  I actually thought it was until Lisa Hooks (on the right) informed me that it was her friend, Kathy.  Lisa and Jen are bud's from college.  Lisa is living in Greenville, SC with her roommate Sharon.  It was fun to see her again.  It turns out that I was sitting next to her boyfriend in church the next weekend in Toccoa, GA.  I was talking to her boyfriend's father who grew up in the same town that my grandparents live in and that the groundhog looks for his shadow in every year. Your favorite small, dying Pennsylvania town and mine, Punxsutawney, PA. 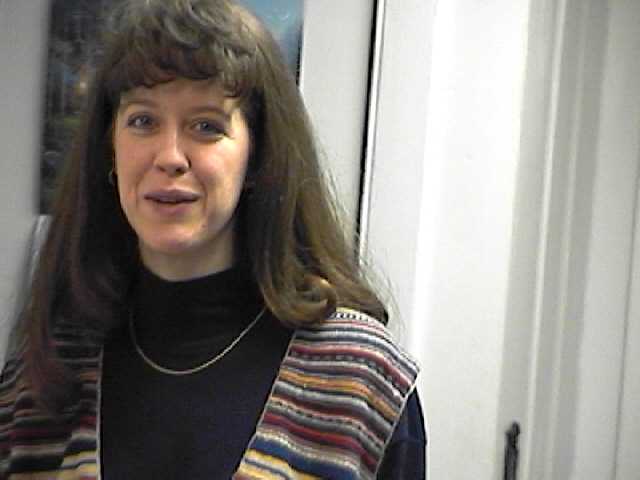