I'm glad you stopped by.  While visiting my Aunt Jean in San Diego, I thought I would put some of the "antique" photos that she's been showing me on the web for all of you to enjoy.  It might take a while for all the Rupps to get internet access, so we'll keep this up for a long time.

First of all, you'll notice the font is larger than most fonts, but the Rupp children all wear glasses these days, so I thought I'd take it easy on 'em.  I hope you enjoy...what a family! 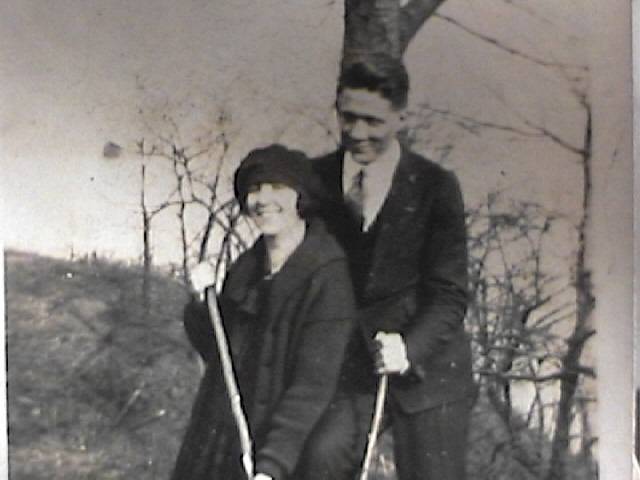 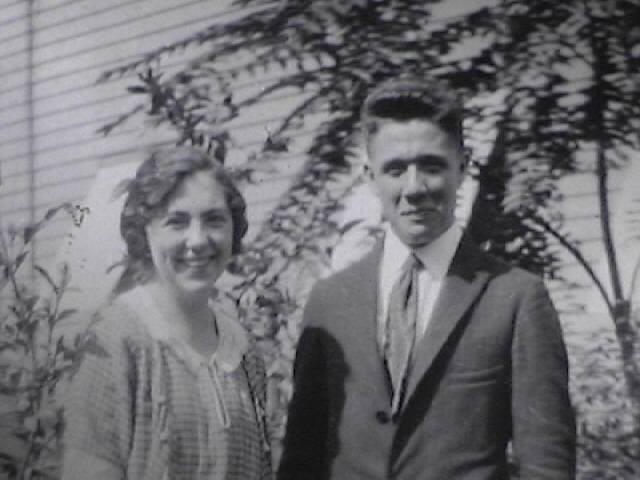 It all started here.  Grandpa (Monroe J.) married Mabel Haines on September 17, 1924.  She gave birth to Jean Marie on May 4, 1926...a bouncing bundle of handwriting analysis joy. (see below)  Aunt Jean called my Grandpa "Pere", french for Father.  I think that's cool. 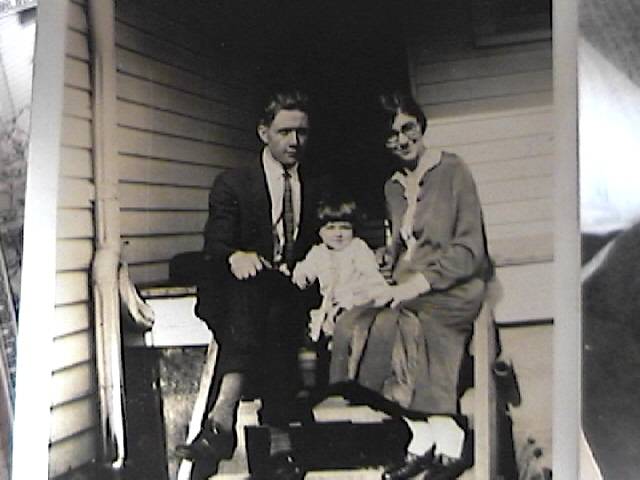 The rest of the kids came tumbling along, my Dad, (Monroe), Margaret, Mary, Eleanor, and Mabel. 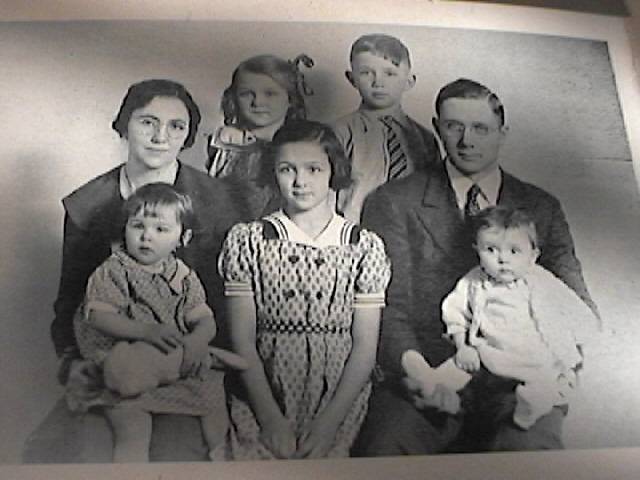 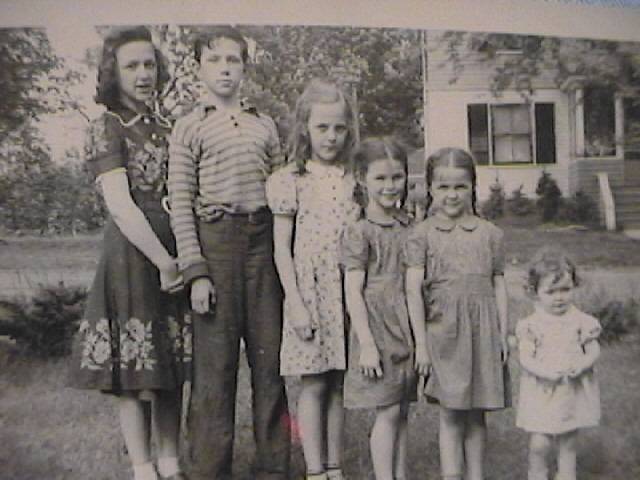 Almost two years after Mabel was born, my grandmother died of cancer.  She had been sick for nearly two years, and in that time, Aunt Jean, the oldest, assumed the role of surrogate mother.  To this day, she remains the confidante of all the kids. 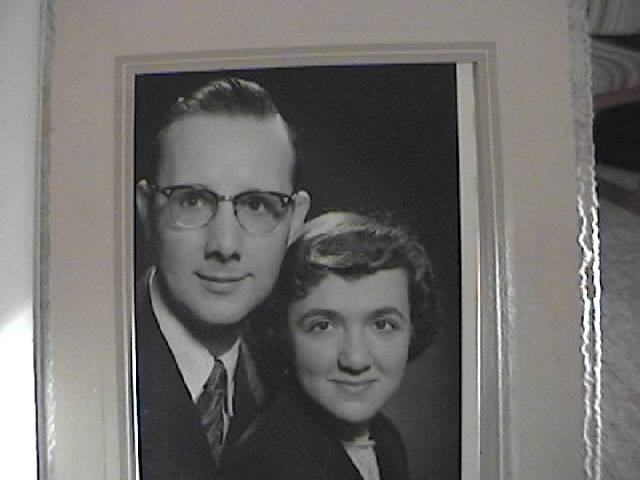 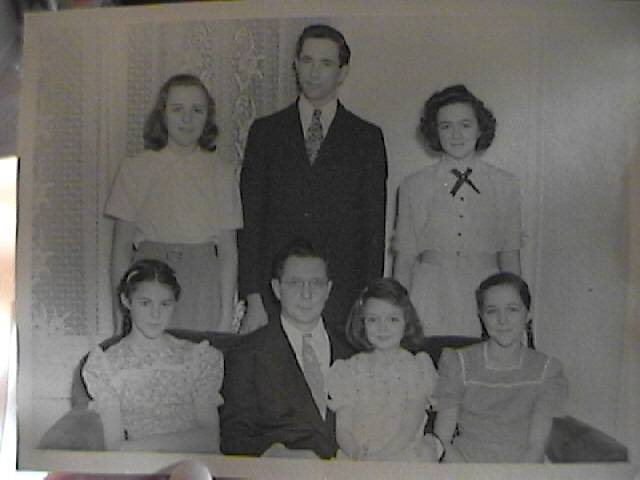 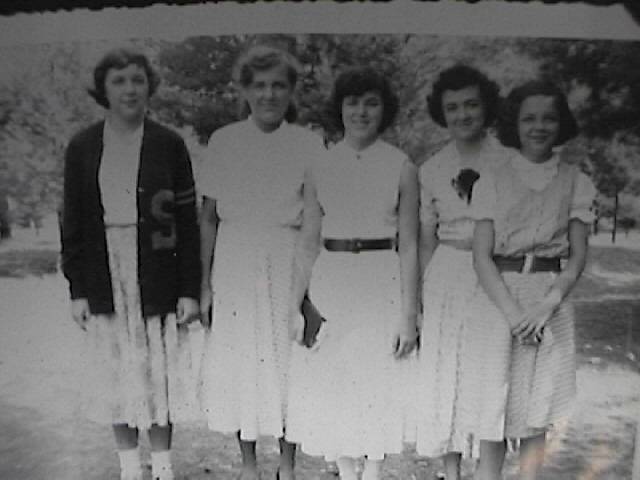 Aunt Jean was the first to marry.  She married Oliver Harris, a very funny and godly man, who is actually sitting across the room from me at this very moment. (Left photo) To the right you see the family, complete with Dad, and then the girls.  Dad used to tease the girls to his utmost delight, until Aunt Jean wised up to his antics and stopped giving him a reaction.  He stopped teasing her, but the other one's didn't catch on. 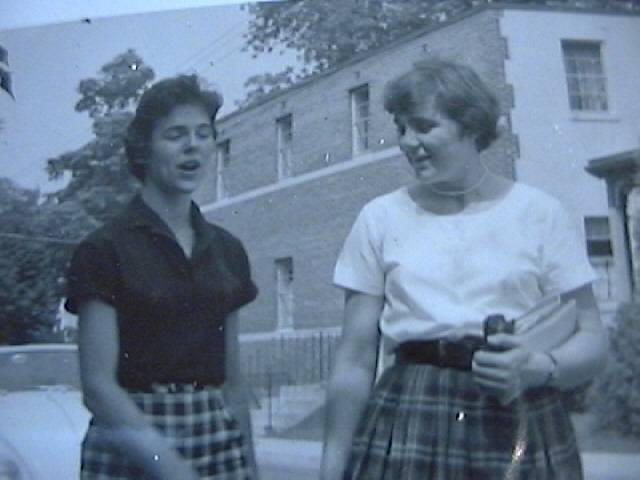 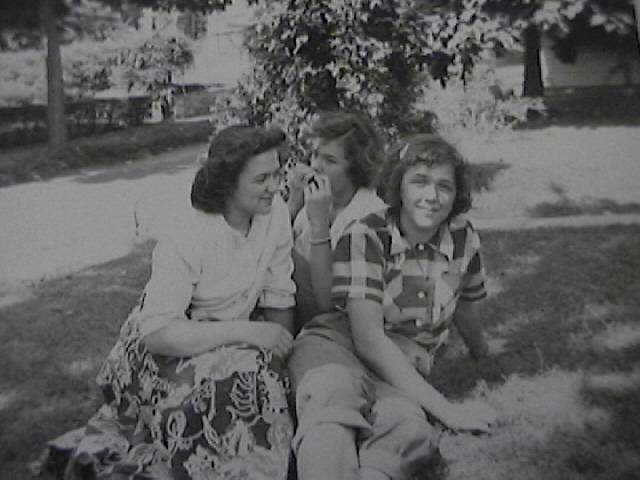 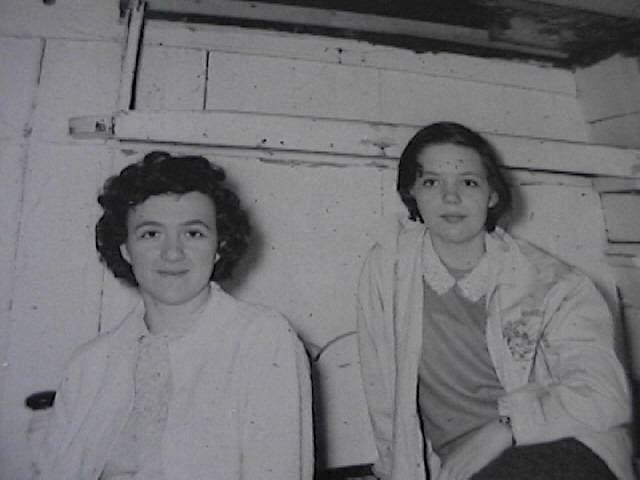 Here's the girls, most likely at Camp Hebron.  I always thought growing up that Dad was calling it Camp Peebron.  I also thought that was a silly name for a camp.  Camp Hebron was heaven on earth to this family, a summer sanctuary and home to "pure joy", as Aunt Jean said today. 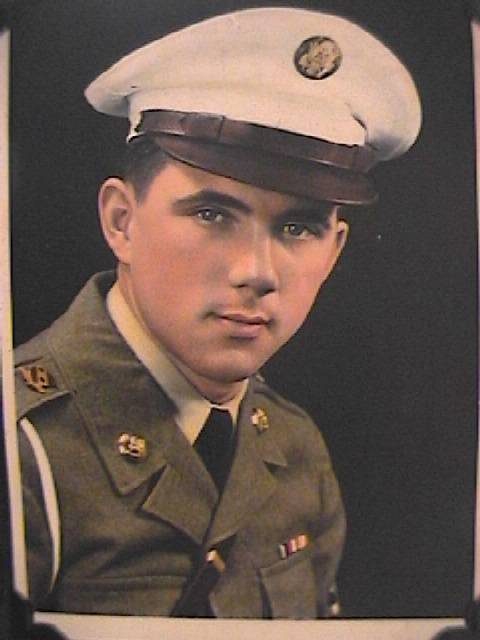 This is my dad, and it's only right that I feature him.  I just could not get over this picture of him in the Army.  What is really funny, is that the painter (they didn't just take a snapshot) gave him blue eyes, and he's got brown eyes.  It was the first thing I noticed.  I thought maybe it was my grandpa, because I knew he had blue eyes, but not my dad. 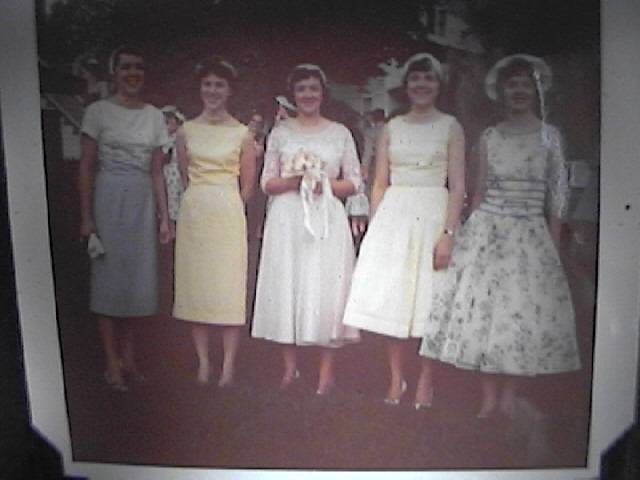 Seventeen years after his first wife died, Grandpa married Grandma Bea, the only grandma I've ever known, and she has fit into the Rupp clan wonderfully.  Grandma's first husband also died of cancer.  What a perfect match they made, eh? 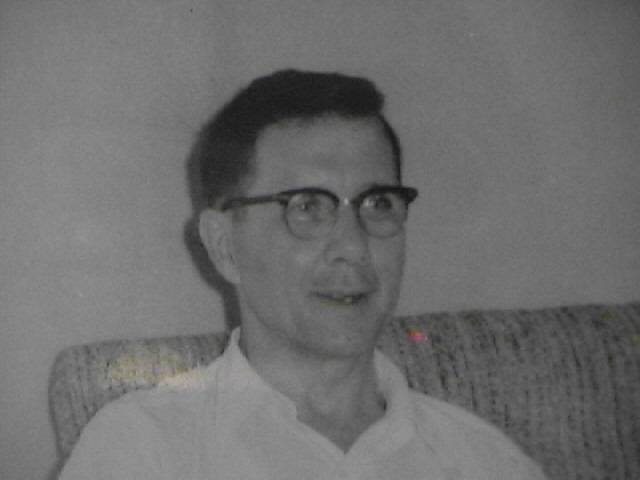 Grandpa died on November 7, 1977 when a dam holding back a resevoir of water at Toccoa, Georgia, broke and flooded the main part of campus.  Grandma Bea survived beautifully, and is still living in Toccoa, when she's not traveling the world visiting people.